09.11.2022 – Commemoration ceremony at the Stolpersteine in Garz on Rügen 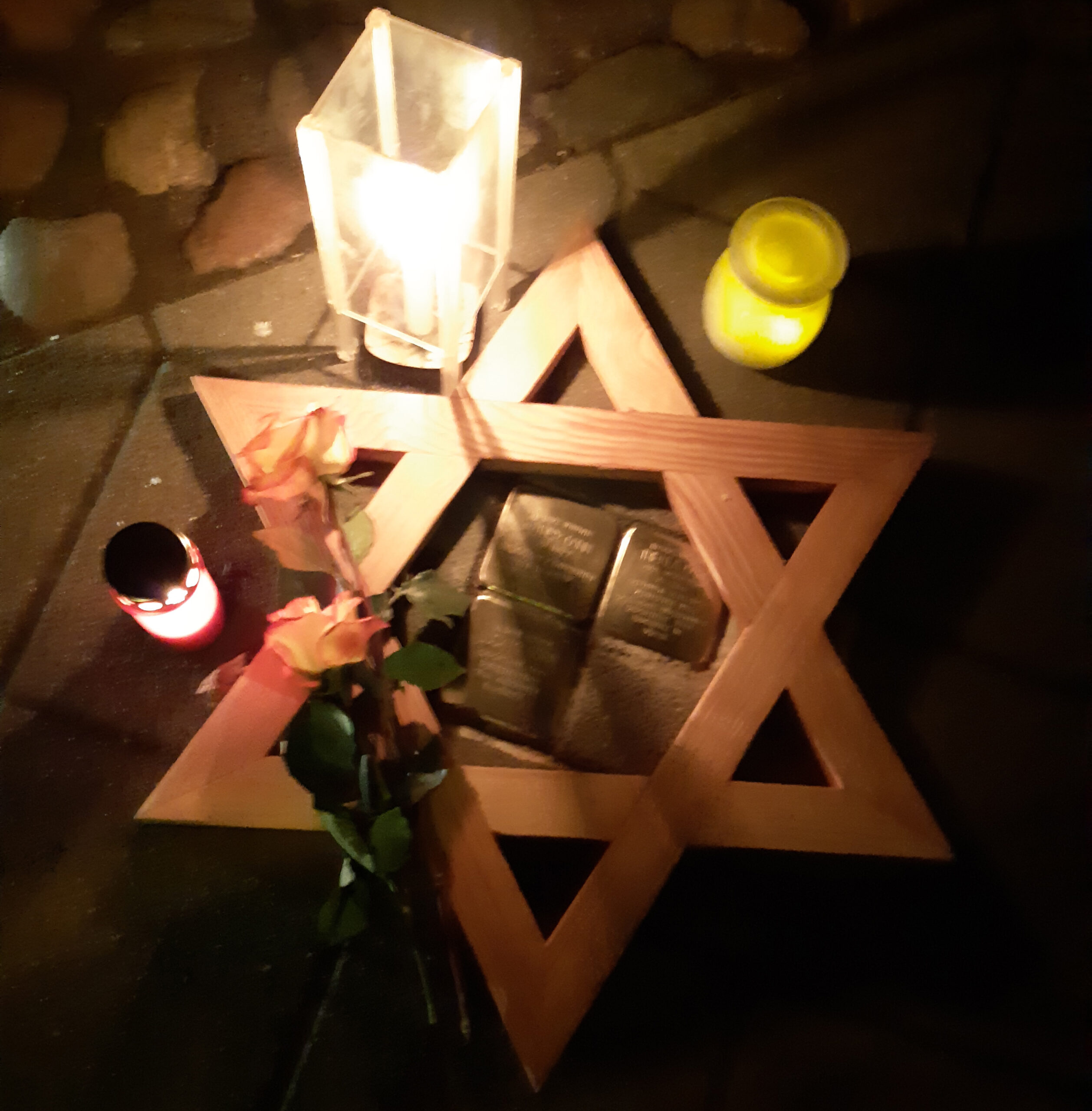 On November 9, 2022, the day of the Reichsprogromnacht in 1938, the parish of Garz organized a memorial event for the Jewish merchant family Cohn, for whom three Stolpersteine were laid in Garz in 2005. After a commemoration at the Stolpersteine, four students of the regional school in Garz with extensive visual material very movingly reported on their conducted project trip to Auschwitz and Krakow.

Among other things, they found in the memorial book in Auschwitz the evidence that Ludwig Cohn, the son of Thekla and Arthur Cohn was murdered there. Afterwards, the chairwoman of PRORA-ZENTRUM, Susanna Misgajski, gave an overview of the other Stolpersteine in Sassnitz, Binz and Bergen with corresponding information about the fates of the people who are remembered.