10th September, 2021 – Opening of the exhibition “#Stolen Memory” on the market square of Bergen 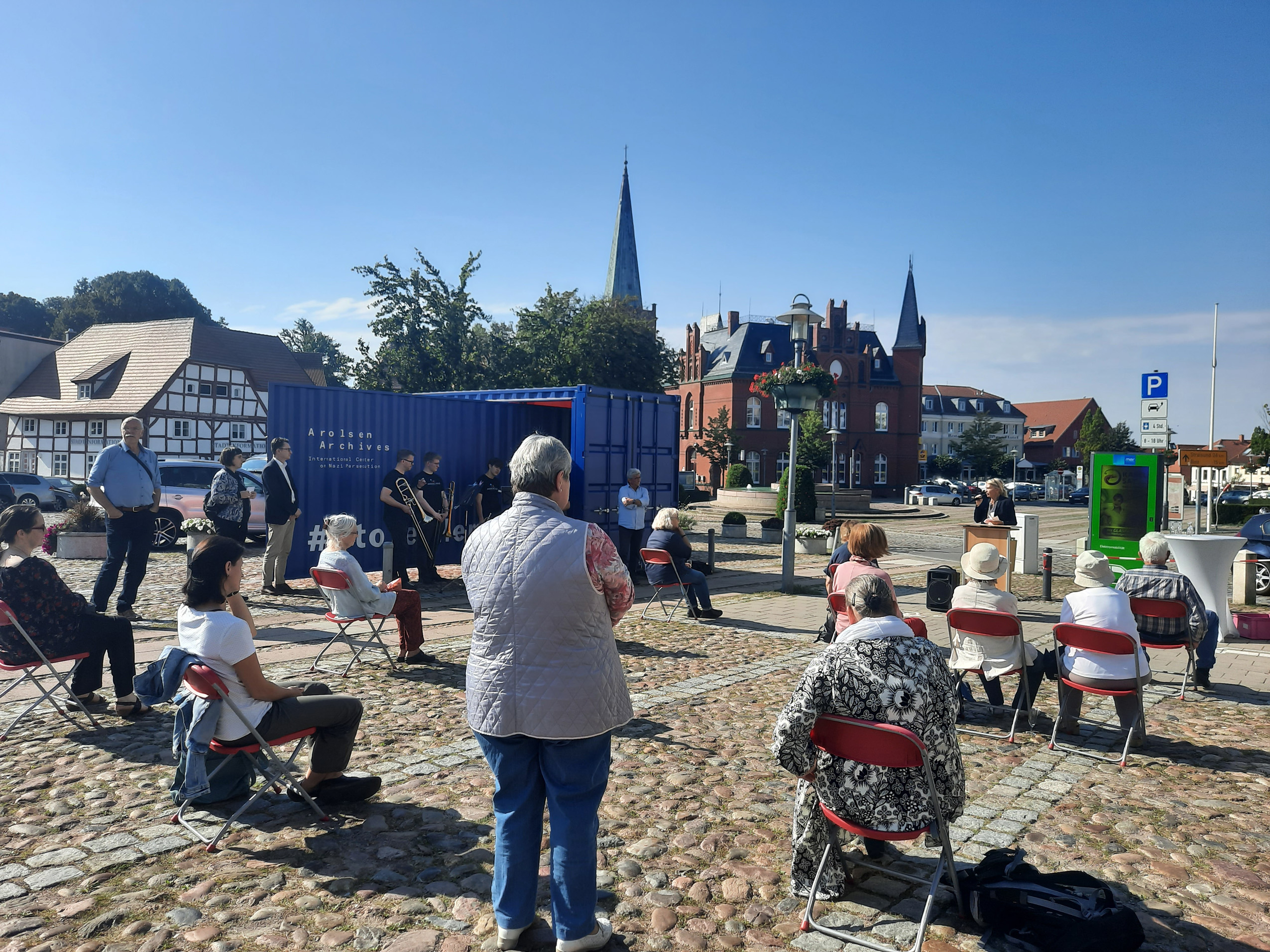 As part of the cooperation project between the City Museum of the City of Bergen, Rügen, the PRORA-CENTER and the State Center for Political Education MV, the open-air travelling exhibition #StolenMemory was opened with the Arolsen Archives on September 10, 2021. The title of the exhibition also refers to a campaign launched by the Arolsen Archives in 2016 to return personal items belonging to former prisoners of the National Socialist era. In the overseas container, examples of such returns are described and examples are also presented in which the objects could not yet be returned to relatives.

The mayor of Bergen, Anja Ratzke, Jochen Schmidt, director of the Landeszentrale für politische Bildung MV, and Katharina Menschick from the Arolsen Archives spoke at the opening. Pupils of the music school Vorpommern-Rügen in Bergen provided the musical framework.

During the exhibition’s runtime, the PRORA-CENTER offers an educational program tailored to the travelling exhibition for schools in the region. If you are interested, please contact us. The exhibition is open until September 22, 2021, Mon.-Sat. 10-16.30.